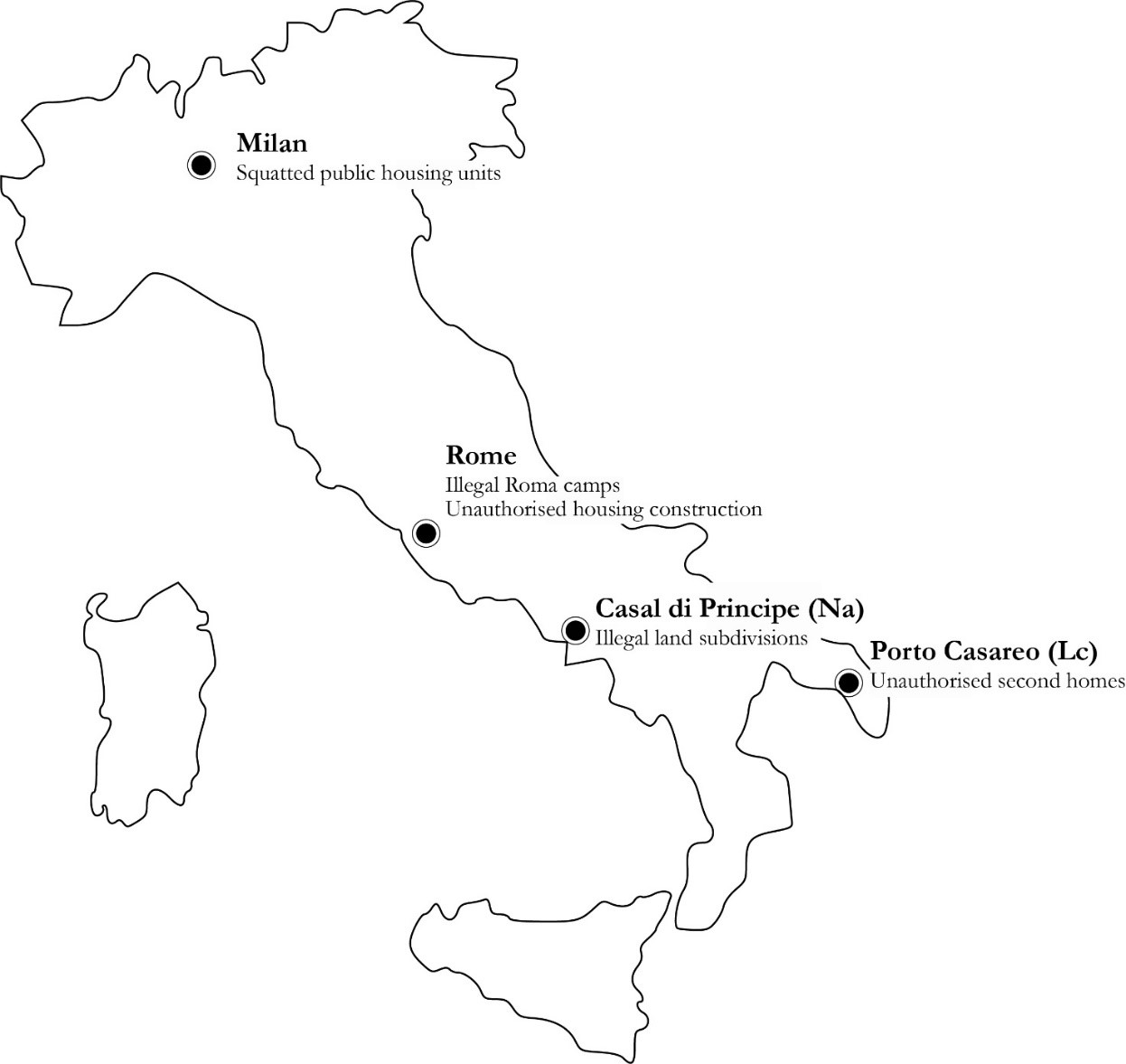 The paper analyses the plurality of urban informal practices that characterize contemporary Italy in the sphere of housing, focusing on its complex connections with a variety of public institutions (e.g. laws, regulations, policies and practices). The paper discusses five cases of urban informality in Italy: the squatting of public housing in Milan; Roma camps in Rome; the borgate romane (large unauthorised neighbourhoods in the capital, which were built in the 1960s and 1970s and which have subsequently undergone a long and complex process of regularization); unauthorised construction, by the middle class, of second homes in coastal areas of Southern Italy; illegal subdivision of agricultural land as a standard mechanism for urban expansion in Casal di Principe, Naples.

From these cases emerges a complex picture of hybrid institutions that shape and govern housing informalities. These hybrid institutions are composed of multifaceted networks of actors, policies, practices and rules that exist in tension with each other and contribute to favouring and shaping the production of informal space in different ways (e.g. through their action, inaction and structural features). Against the backdrop of this varied institutional framework, a selective tolerance driven mainly by politically-mediated interests emerges as the distinctive feature of the public approach to housing informality in Italy.

The paper aims to develop an innovative research approach to informal housing in Italy by overcoming traditional boundaries between research ‘objects’ and by looking at political uses and forms of institutionalisation that are deployed across housing informalities. By doing so, it also contributes to the literature which analyses informality through the lenses of state theory. Simultaneously, it represents a call for international research to investigate the similarities in the patterns of housing informality – and their multifaceted politics – in Mediterranean welfare states.