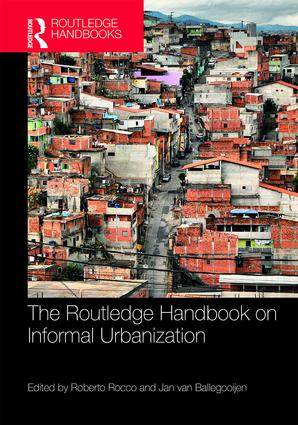 The chapter investigates the multifaceted politics of housing informality in Jerusalem arising from the Israeli-Palestinian conflict over the city. It stresses the concomitant existence of different kinds of informality in different areas of the city: Palestinian neighbourhoods in East Jerusalem lying on the Israeli (western) side of the ‘security barrier’, Palestinian neighbourhoods in East Jerusalem lying on the West Bank (eastern) side of the barrier, and Jewish neighbourhoods in both East and West Jerusalem. Illegal housing in these various areas differs in both qualitative and quantitative terms, as well as from the point of view of its causes and political meanings. Five main reasons for, and meanings of, housing informality in the Holy City are highlighted, and the contribution of the Jerusalem case to the understanding of the politics of informality in other cities worldwide is discussed.

Chiodelli F. (2019) The multifaceted politics of informality in Jerusalem at the time of the Israeli-Palestinian conflict. In R. Rocco and J. van Ballegooijen (Eds.) The Routledge Handbook on Informal Urbanization (Routledge, London and New York), pp. 135-146

Contents of the book

The Routledge Handbook on Informal Urbanization investigates the mutual relationship between the struggle for political inclusion and processes of informal urbanization in different socio-political and cultural settings.

This book displays a wide variety of political practices and narratives around these positions based on narratives conceived upon specific case cities. It investigates how processes of urbanization are politicized in countries in the Global South and in transition economies.

The handbook explores 24 cities in the Global South, as well as examples from Eastern Europe and East Asia, with contributions written by a global group of scholars familiar with the cases (often local scholars working in the cities analyzed) who offer unique insight on how informal urbanization can be interpreted in different contexts. These contributions engage the extreme urban environments under scrutiny which are likely to be the new laboratories of 21st-century democracy. It is vital reading for scholars, practitioners, and activists engaged in informal urbanization.

Request a copy of the chapter